Olympic Games museum of Olympia. Iron strigil and two aryballos pots from 4th and 5th c. BC.
The strigil is a tool for the cleansing of the body by scraping off dirt, perspiration, and oil that was applied before bathing in Ancient Greek and Roman cultures. The strigil was primarily of use to men, specifically male athletes.
An aryballos (Greek: ἀρύβαλλος; plural aryballoi) was a small spherical or globular flask with a narrow neck used in Ancient Greece.[1][2] It was used to contain perfume or oil, and is often depicted in vase paintings being used by athletes during bathing. In these depictions, the vessel is at times attached by a strap to the athlete's wrist, or hung by a strap from a peg on the wall. 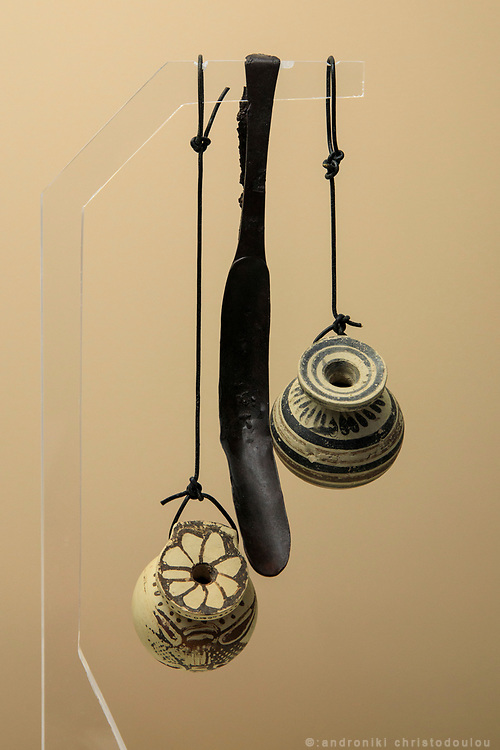