Day laborers waiting outside Airin Labor Welfare Center's shatters to open at 5 am and the dayly job hunting to begin. They hope to get picket up by contractors offering work or to get some of the few jobs offered by the Lador Welfare Center. The ones who don't get a job and are homeless, just stay inside the building using it as a temporary shelter..The old name of the area now called Airin, was untill 1966 Kamagasaki and many people still call it like that. .Kamagasaki (????) is an old place name for a part of Nishinari-ku in Osaka, Japan. Airin-chiku (???????) became the region's official name in May, 1966.Sections of four different towns: Nishinari-ku Taishi (??????), Haginochaya (?????), Sanou (???), North Hanazono (????) and Tengachaya (?????) are collectively known as the Kamagasaki region..Kamagasaki as a place name existed until 1922. Kamagasaki is known as Japan's largest slum, and has the largest day laborer concentration in the entire country. 30,000 people are estimated to live in every 2,000 meter radius within this region. An accurate count of occupants has never been produced, even in the national census, due to the large population of day laborers who lack permanent addresses.. 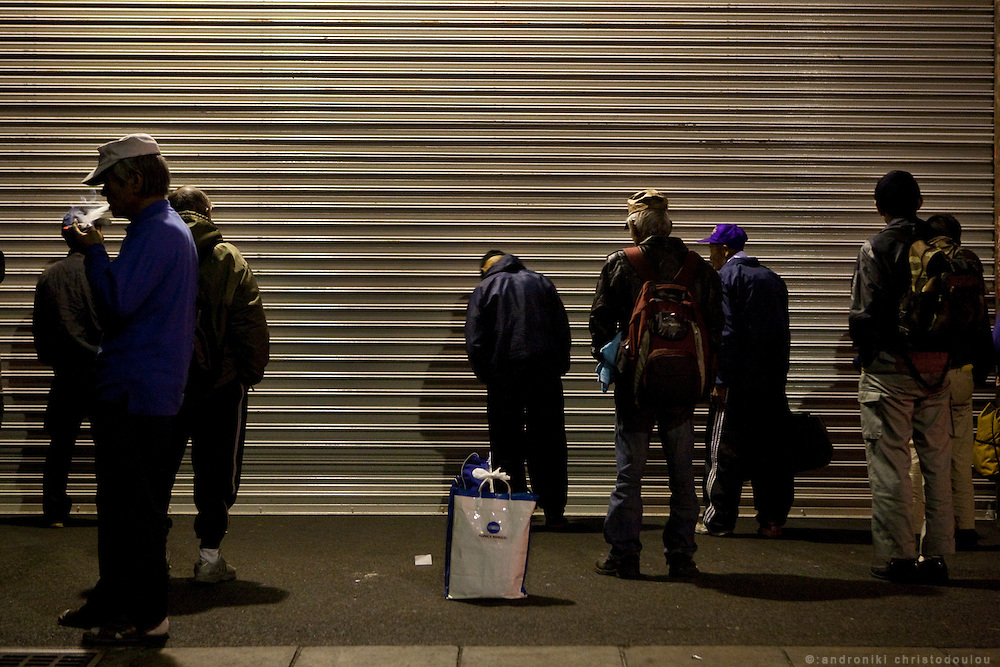