Homeless people and people who don't have a TV at home, waching baseball on an outdoors television in Sangaku park in Airin. Many of them live in huts inside the park. Others in the cheap accomodations offered in the area and others in the local night shelters. .The old name of the area now called Airin, was untill 1966 Kamagasaki and many people still call it like that. .Kamagasaki (????) is an old place name for a part of Nishinari-ku in Osaka, Japan. Airin-chiku (???????) became the region's official name in May, 1966.Sections of four different towns: Nishinari-ku Taishi (??????), Haginochaya (?????), Sanou (???), North Hanazono (????) and Tengachaya (?????) are collectively known as the Kamagasaki region..Kamagasaki as a place name existed until 1922. Kamagasaki is known as Japan's largest slum, and has the largest day laborer concentration in the entire country. 30,000 people are estimated to live in every 2,000 meter radius within this region. An accurate count of occupants has never been produced, even in the national census, due to the large population of day laborers who lack permanent addresses.. 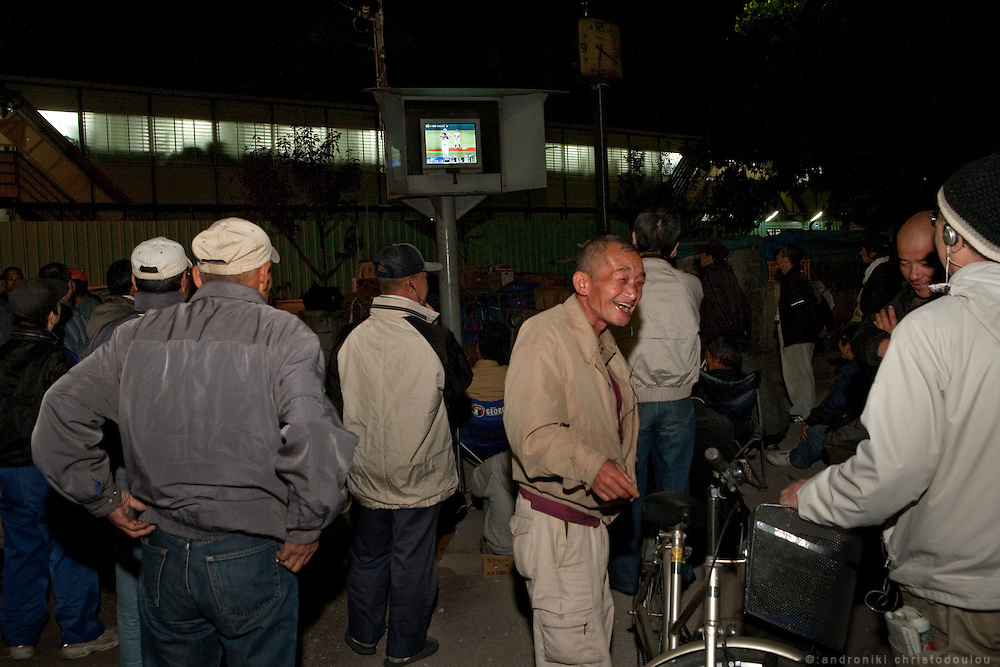