Achaeoligy museum of Olympia. The altar of Zeus
The great altar of Zeus, no trace of which survives today, is believed to have stood in the space between the Heraion and the Pelopion.
According to the traveller Pausanias (V.13.8-10) the altar was circular or elliptical. It consisted of the “prothysis” (a base with a circumference of some 37 m), and the altar proper, which had been formed on top of the “prothysis” by the ashes of the sacrificed animals. The height of the altar, which was conical in shape, is calculated to have been about 7 m.
On the fourth day of the Olympic Games the great sacrifice of a hundred oxen was performed, the hecatomb, in which the thighs of the animals were burnt on top of the altar.
In the thick layer of ash from the altar, which was over a large radius around it, probably in late Geometric times, the excavators brought to light a huge quantity of clay and bronze figurines of the Geometric period, the votive offerings of the faithful. 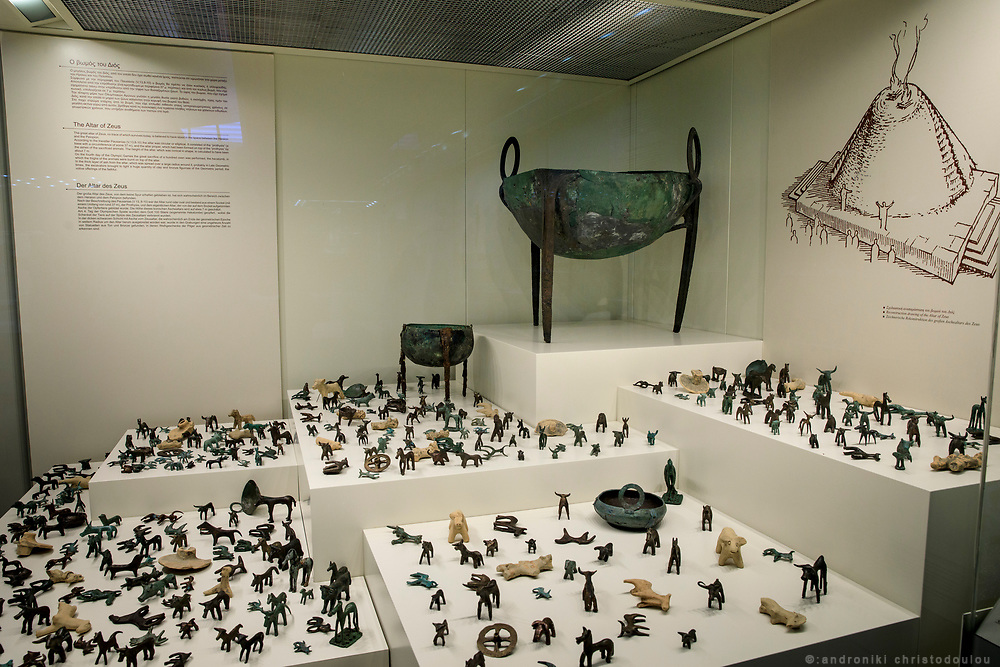