Ancient site of Olympia. The Stadion (or stadium) of Olympia.
As it was customary in early Greek stadiums, the spectators sat on the slopes and the only stone seats were for the judges (hellanodikai).

The present restoration emulates a 4th c. BCE version with later additions, which was built on an earlier, smaller stadium. 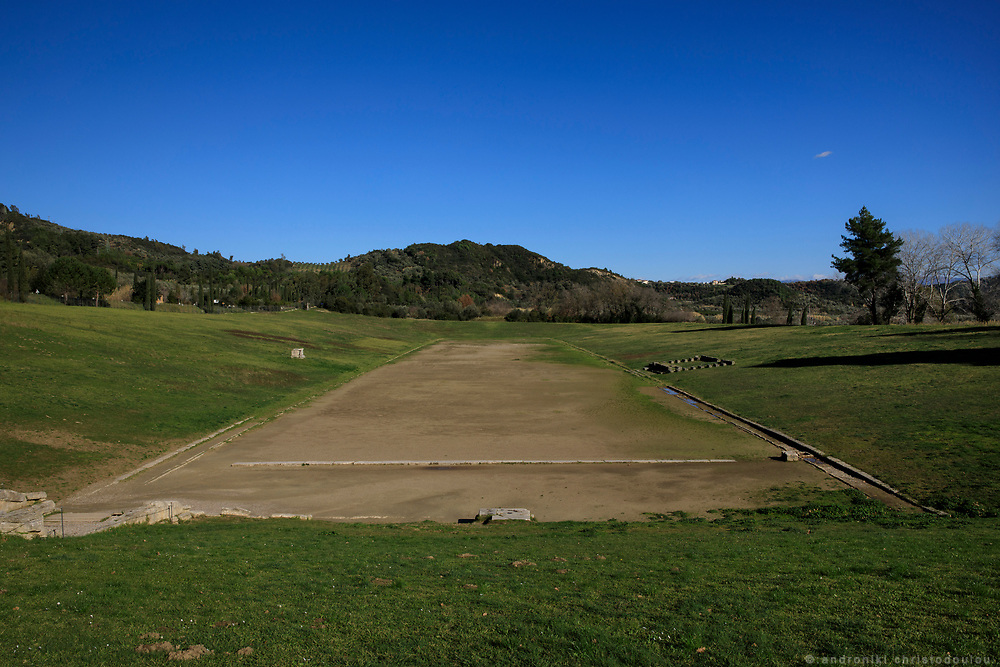