Rahmatullah (24, on the left) is travelling together with his middle brother Aziz (21, on the right). He is fluent in English as he used to work as a translator for the American army. He left Afghanistan once and lived in the US for two years until he was asked to leave the country because of a fight he had had with a US solder in Afghanistan. He said that what happened was that he stopped the US solder when he entered a house and tried to rape a young Afghani mother. He had to return to Afghanistan. He stayed there for two years but he often received threats because Afghanis saw him as someone who had collaborated with the “infidel”. Six months ago they attacked and injured his younger brother with a hand-grenade, mistaking him for Rahmatullah. He and his brother Aziz left Afghanistan 45 days ago and crossed to Greece via Turkey. Their final destination is Denmark where they already have members of their family living there.
Moria refugee camp is a bit further out of Mytilene city and it is divided in two sections. The inner part is well organised with buildings and police guarding it, and the outer part where mainly Afghan refugees live in tents and is purely guarded with chaotic situations, mainly during food distribution, frequently occur. 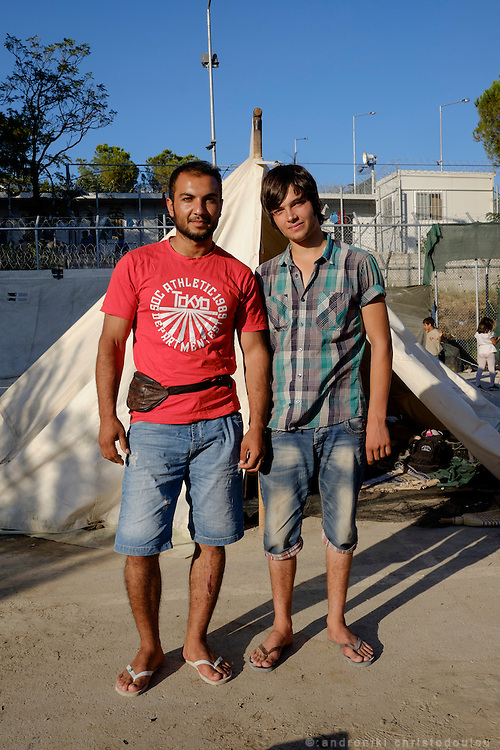