Faris (24 centre) with his wife Nour (18,5 right) and his brother Mohamed (12) are from Aleppo in Syria. He married his wife just before they left Syria where he was a Telecommunications engineer and she had just finished a medical high school. They were travelling together with their parents who decided to stay in Turkey because they didn’t want to do the difficult trip to Europe. His father had a bus company that closed down during the war. He and his wife want to go to Norway because he heard that this country is the best when it comes to Human Rights. He thinks that is more important than money. He wants to continue his studies there and get a Phd. She wants to study Architecture.
The port of Mytilene where many refugees stay while they apply for a permit to stay in Greece or while they are waiting to board the ferry to Athens. 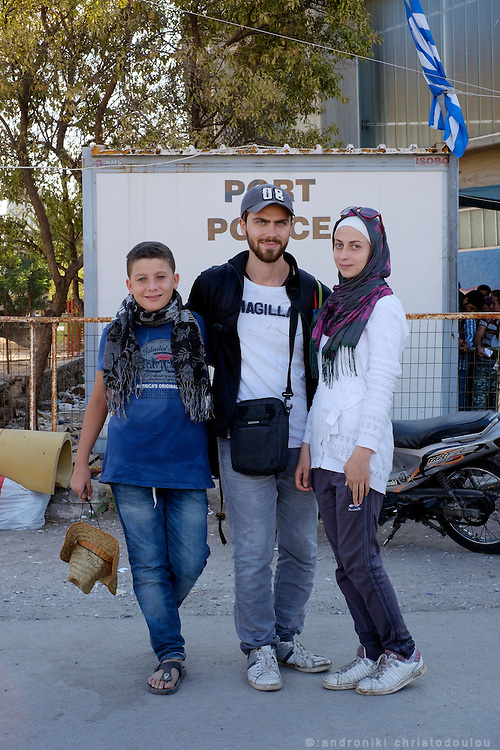