Rohishamu (19) lost his legs when he was shot three years ago by a guy on a motorbike in a random shooting in Narathiwat. His mother Maresha managed to get them accepted in Rotan Batu village where they could find some peace. .Rotan Batu, also known informaly as "Widdows village" started functioning in 2004 as a project that was funded and created by Thailand's Queen Sirikit, who donated 20m baht ($514,000) of her own money to purchase the land on which the village is now located. Its purpose is to give shelter and work to mainly Muslim widows who lost their husbands during the insurgency in the south of Thailand. They now live there about 450 people, the widows together with other members of their families. The village is self sufficient as there is enough farm-land where they produce the vegetables and fruit for themselves and sell the extra production in local markets. They also create handcrafts which are sold as souvenirs in other parts of Thailand giving them some extra income. The village is considered quite safe but it is guarded by solders 24 h a day to make sure no attack happens there. 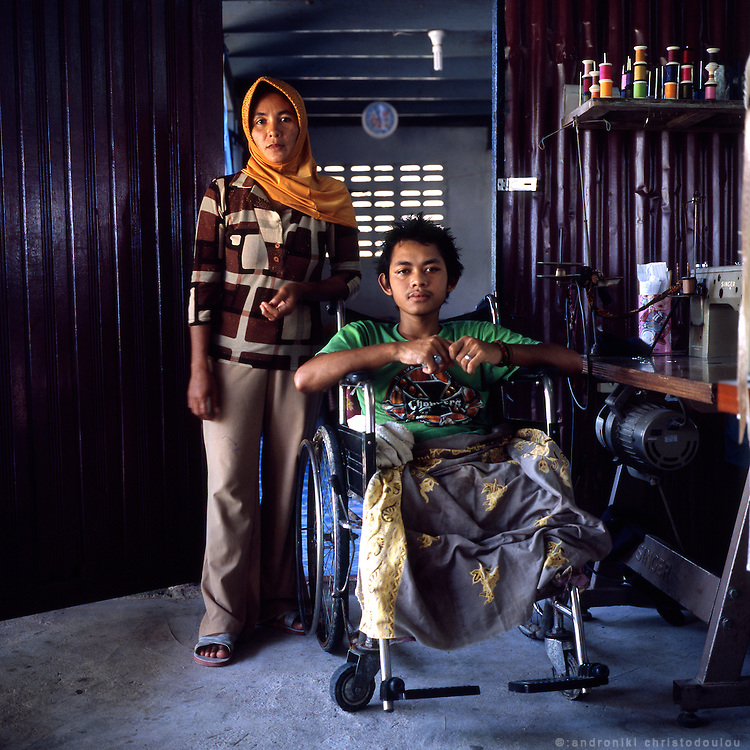