Askhari family who just landed in Mytilene island are from Kunduz city in Afghanistan. They are travelling together with their two children, the husband’s brother and the wife’s brother. They left Afghanistan because after the leader of the city died, killing started by the Taliban and there was chaos. They traveled for 4 months via Iran and Turkey before they crossed to Greece. Their final destination is Norway because they think they can live there without much worry.
Refugees arriving on beaches near Molyvos village in Lesvos island. Thousands of them come from Turkey, crossing the sea border on inflatable dinghy boats, on a dangerous trip that has claimed many lives. Local people or NGOs expect them and help them in some places but after their arrival, most of them have to walk to the nearest village where they can hope for a places on busses that can take them to the city of Mytilene where they can register and eventually board on a ferry to Athens. Many decide to walk the distance as the busses aren’t enough to accommodate the large number of people that arrive daily. 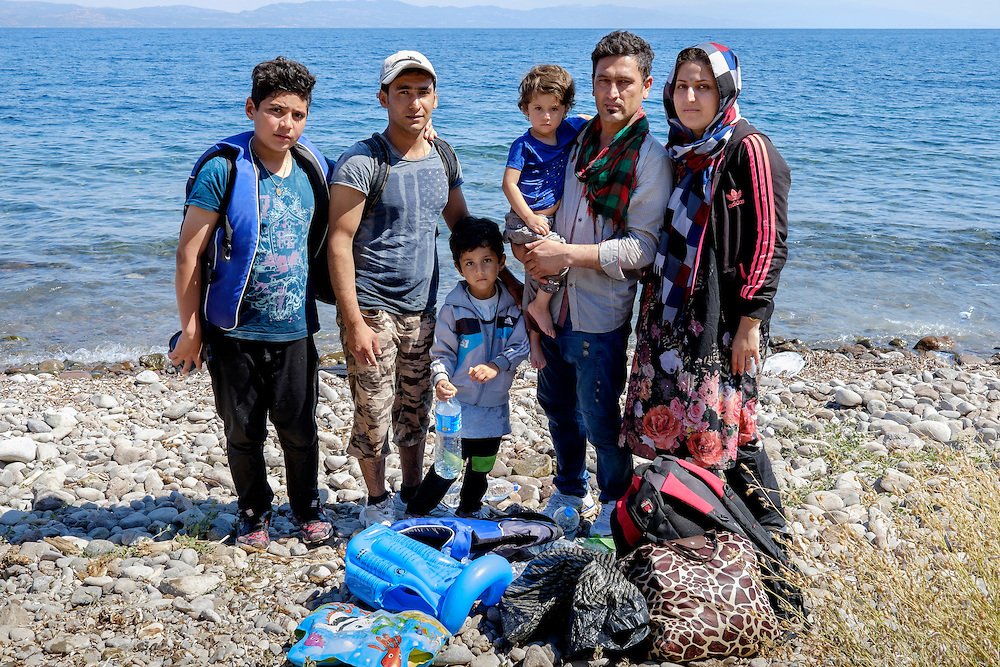