Rahmat Qorbani (24) is from Kabul in Afghanistan. He studied photography at the art university of Kabul and he was working as a photographer for Afghani newspapers. His family is educated and his father is a teacher. The little money he was making with his work and the war with the Taliban who recently killed his cousin, scared him and made him decide to leave the country in search for a better future. He came to Greece via Iran and Turkey and his final destination is Ireland as he heard that it is easier for refugees to be accepted there.
Moria refugee camp is a bit further out of Mytilene city and it is divided in two sections. The inner part is well organised with buildings and police guarding it, and the outer part where mainly Afghan refugees live in tents and is purely guarded with chaotic situations, mainly during food distribution, frequently occur. 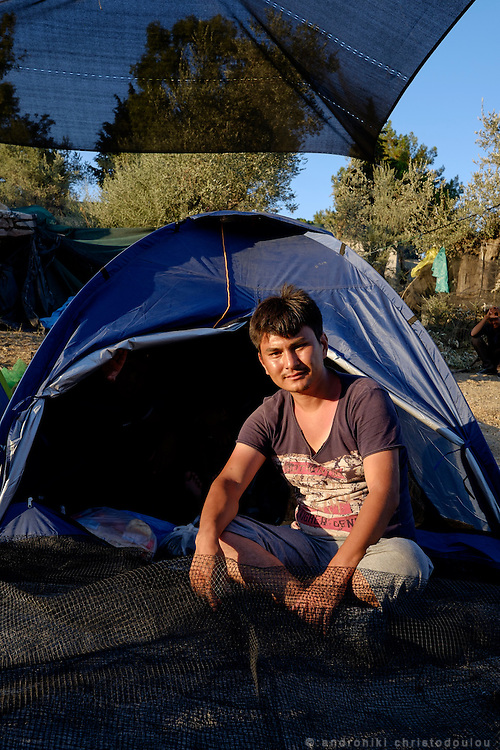