Soraya Nashbandi (57) is from Kabul city of Afghanistan. She is travelling together with her two sons and her younger daughter. Her husband was killed 10 years ago but they never found out how. There used to be many explosions in Kabul in those days. Her oldest son (24) is a computer engineer and had a computer shop with 24 servers. Her youngest son (22) was studying to become a veterinarian. The family also had two cloths shops. The older brother decided to leave everything behind and take the family out of the country 9 months ago, when a powerful man in his 50s started pressuring the family to give him their older daughter (26) to become his 5th wife. The girl was engaged to an Afghan man who had immigrated to Norway and the family was trying to avoid the pressure of the older man. That man then threatened to take the younger daughter (17). They were afraid of what will happen to the daughters, as that man was influential and also had his own army. When they decided to leave, the hide for 4 days at an aunty’s house until they could make passports with fake names, then they boarded a flight to Tehran in Iran where they met with a smuggler who helped them go to Turkey in 12 days where they had to walk through the border. The went to Sivas city and there the daughter’s fiancee came to meet them, they got married and he waited for 50 days till she could get her visa to Norway before they left together. While in Turkey, Soraya started having health problems and at a hospital they found that she had blood cancer. She went through treatment and that was the reason they stayed in Turkey for so long. While in Turkey, they heard that the powerful man who wanted to marry her daughter was actually a trader, providing women to wealthy men. When the treatment finished and they only had to do regular check-ups, they decided to continue their trip. They went to Istanbul to meet the smugglers who could bring them to Greece and from there they where brought to Izmir. They tri 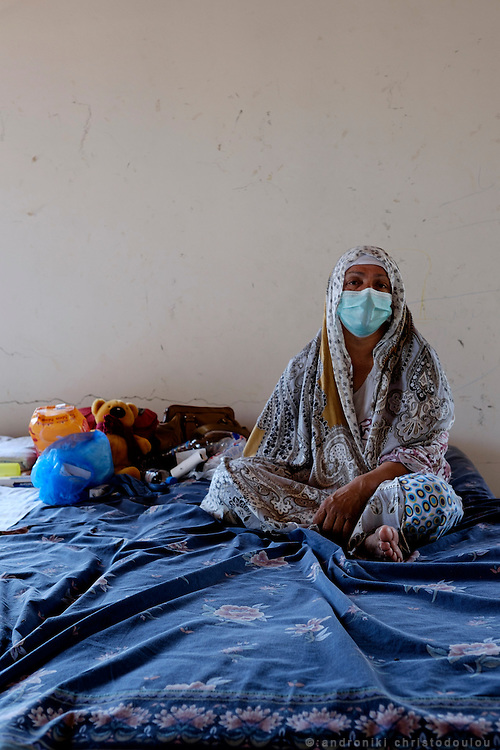