TORTURE GARDEN PARTY at club YELLOW- Concert by band DESPAIR..The organisers of Torture Garden Japan describe their club as an underground culture club rather than one that is restricted soley to the sm/ fetish scene. In an attempt to diversify the crowd, the band "Despair" whose sound could be described as "industrial" or "cybergoth" was brought in to perform. That night's Torture Garden had a mix of performance art, a fetish fashion runway, a bondage circus, cyberpunk fashion show aswell as the regular dancefloor to appeal to various subcultures. This is in opposition to other clubs such as Tokyo perve that prides itself on its draconian dresscode that excludes almost anyone except for the most fetishistically dressed to enter. 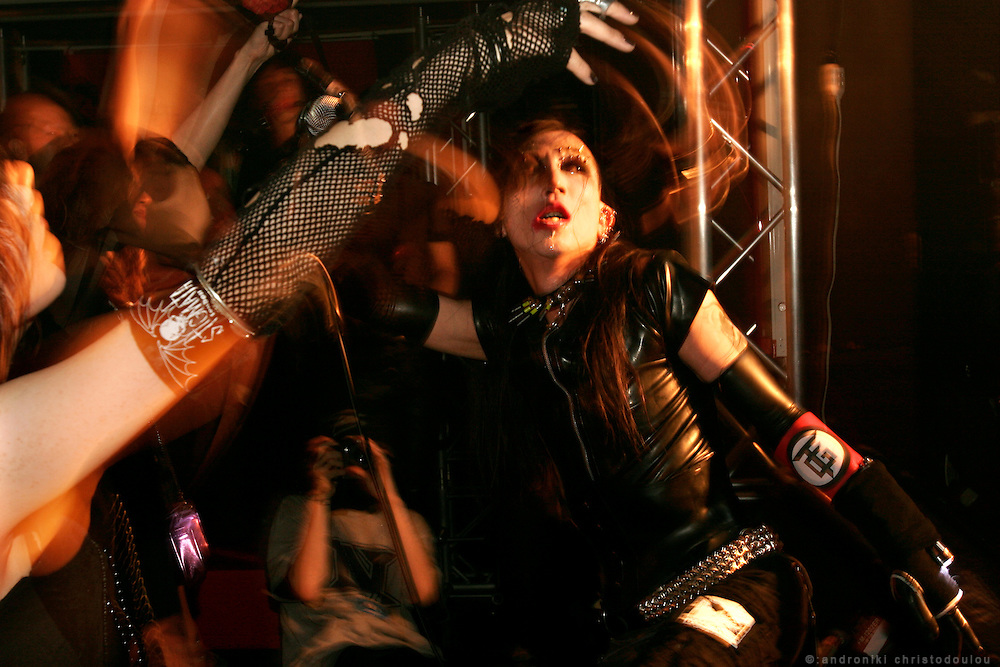