Achaeoligy museum of Olympia. Perhaps the most famous of all the statues in the Olympia Museum is The Hermes of Praxiteles. Circa 340 BCE

Hermes is holding the infant Dionysus in his left arm, while he dangles a bunch of grapes in his right (missing) one. It is a typical pose that was reproduced almost identically in many ancient statues, but the original one was attributed to Praxiteles.

The marble is beautifully carved to describe the anatomy of the body in accurate forms, while the treatment of the surface juxtaposing sheen and texture reveal the different roles of the stone: skin, cloth, tree, and hair.

Hermes has assumed the contrapposto pose, typical of Classical standing figures, in an effortless and natural way--his hip pushed upward on the right side to support the entire weight of his body. 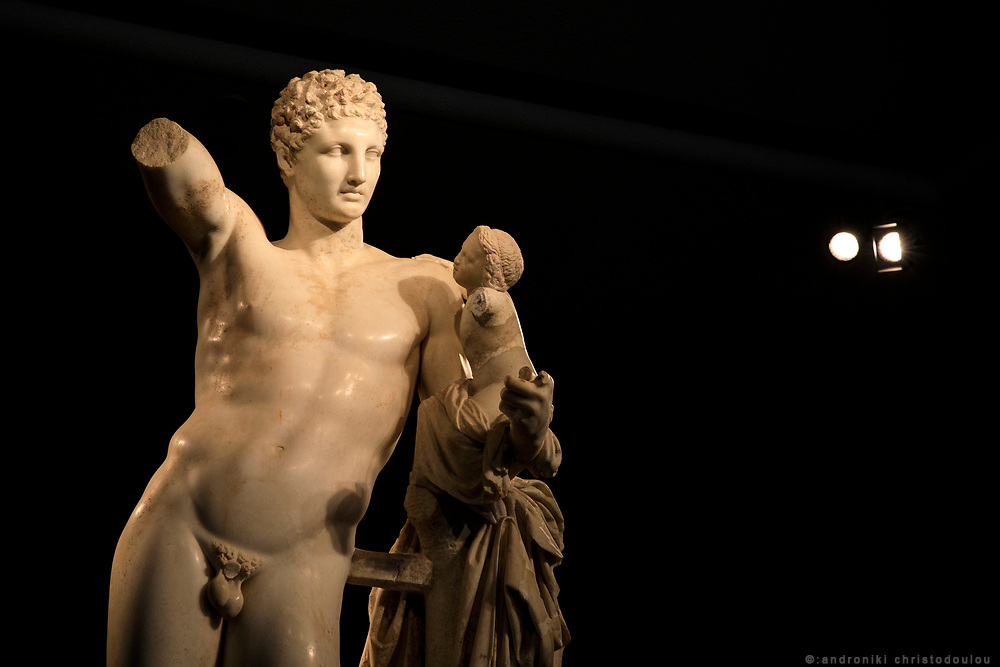