The Yakobi family came from Ghazni city in Afghanistan. The father is a tailor and had a shop selling fabrics but they decided to leave because life there was dangerous. Explosions were happening almost every day and they were also worried about their children’s safety and whether they could go to school. They have been travelling for a month. They left Afghanistan by crossing to Iran where they were hit by the police at the border. They crossed to Greece via Mytilene island and they want to go to Germany.
Refugees arrive at Eidomeni border by bus and some times on foot. There they can cross to the republic of Macedonia on foot. 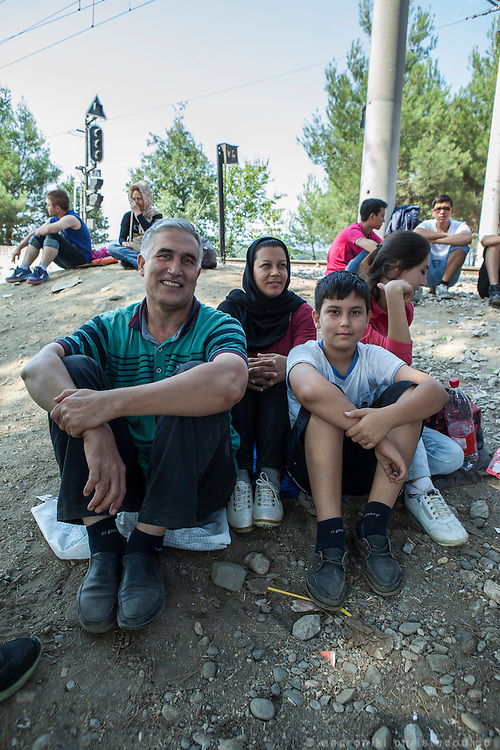