Rady (18) at a rehabilitation center of an NGO that deals with raped and sexually trafficked children. Rady was born in a refugee camp in Thailand and grew up with her father and her step mother together with their 6 other children. When she was around 14 her family returned to Cambodia to live in very pure conditions in villages in Kompong Thom and Banteay Meanchey provinces. When she was 15 and a half she was working in a bakery shop to help her family but the shop closed and she was left without a job. Poverty in combination with her father's alcoholism and her step-mother's gambling, created many conflicts between them and Rady and that made her feel unwanted. She then decided to leave secretly for Phnom Penh where she was planning to meet one aunt who she was hoping could help her find a job. On arrival in Phnom Penh, she discovered that she had lost her aunt's phone number and she started searching for her with the help of a moto-taxi driver. She couldn't find her and after spending a night with the driver's family she went to the river-front where as she was wandering by herself a Moslem woman approached her and offered to help her find a job. Rady followed her and the woman sold her to a brothel that was at "the building", a run-down appartment block occupied by squatters. At that time Rady didn't even know what a brothel was. There Rady's virginity was sold to a Japanese man. After that Rady stayed at the brothel for one and a half month but she wouldn't receive any more clients because she became sick and was constantly vomiting. The owner of the brothel didn't want to let her go because she had payed money to buy her, but eventually she did when Rady asked for help form a visiting NGO person who was distributing condoms there. Rady spent 2 years at that NGO and when she left to go back to her family, the NGO helped her start her own business by providing her with a machine with which she could produce juice from sugarcane. The business went well until she 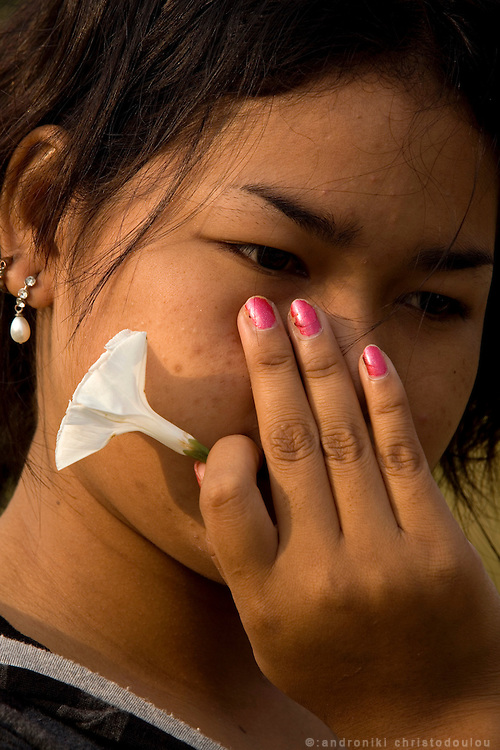