A chinese student of Taijiquan standing by the wall were it is said that Yang Lu-chan used to secretly watch master Chen Changxing teaching taijiquan to his students at that inner yard of his house. It is said that Chen family's taijiquan was only taught to its members so Yang Lu-chan chose this way to learn but he was later accepted by master Chen Changxing as his official student. He later developed his own style of Taijiquan which is known as Yang style. The house of Chen Changxing is now a museum. 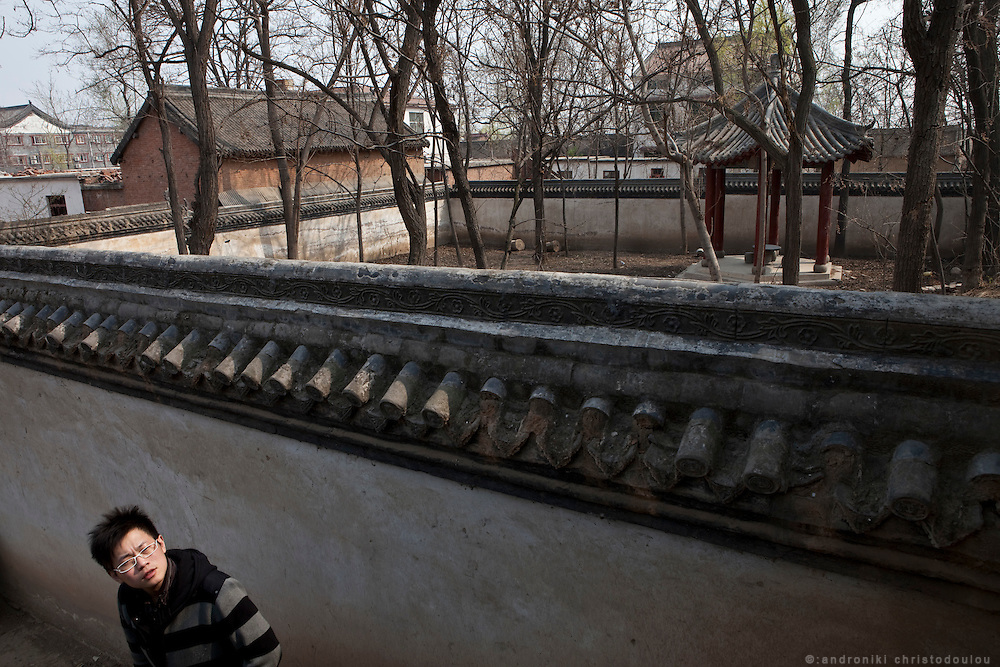