TORTURE GARDEN PARTY in club YELLOW - Tokyo.The organisers of Torture Garden Japan describe their club as an underground culture club rather than one that is restricted soley to the sm/ fetish scene. .This group is most likely coming to a fetish party to dress up, as opposed to get involved in any sm play. Many of the patrons of fetish clubs in Tokyo are essentially into the fashion, image and aesthetics of fetishism rather than sadomasochistic sexuality. Clubs such as rubber brain and torture garden provide spaces for these people to express themselves through their clothing in a supportive environment. Hence the fantasy element of these fetish clubs need not always be sexual. Some patrons come as their favorite anime or SF character and get inherent enjoyment and empowerment out of living out a fantasy life that is often directly contradictive of their 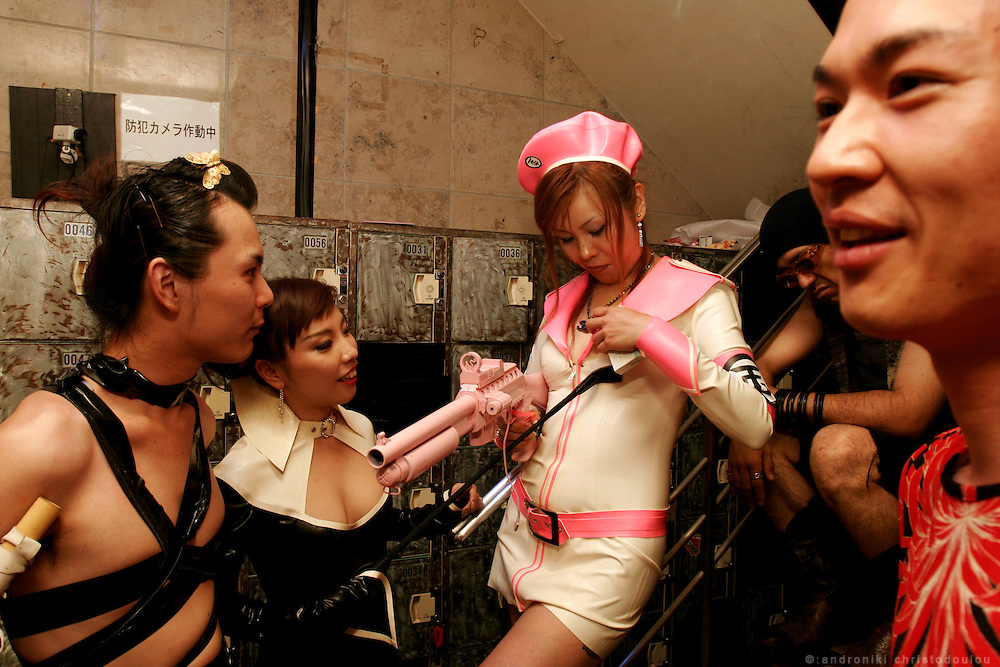