SUNAO TSUBOI: A-Bomb survivor, standing in front of one of the few pictures taken in the first days of the bombing and in which he can recognize himself between the wounded. Tsuboi was a 20-year-old university student when he was blown 10 meters into the air by the blast from the bomb and burnt from head to toe. He describes the subsequent scene wandering around the city with eyeballs dangling out of their sockets and skin hanging from bones as a living hell. He wandered for a week and fell into a coma. When he came to the war was over but he refused to believe it. "I thought it was a trick" He has since suffered three bouts of cancer and tried to commit suicide with his girlfriend when her parents refused to give them permission to marry. "We woke up and cried together we were so happy to be alive". 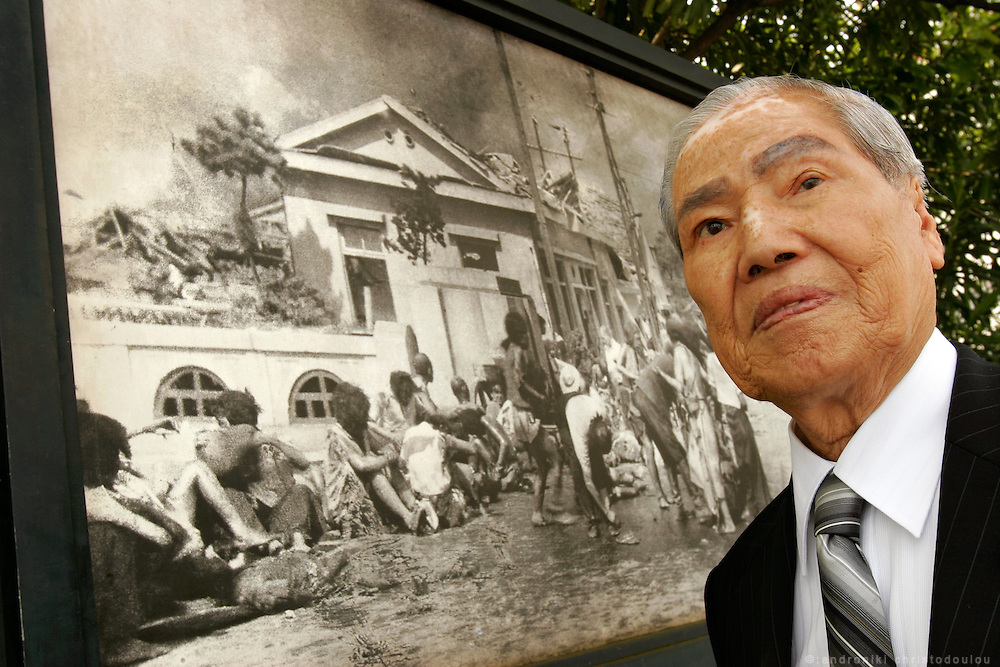