Graveyard next to the 300-year mosque. There, are buried 22 of the 78 Muslim people who died from suffocation or dehydration while being transported in trucks under police custody after being arrested during the 25th October 2004 protests outside the Tak Bai police station. The mosque is concidered as one of the most important hard-core mushlim locations in Southern Thailand. .300-Years Mosque or Wadi Al-Husein Mosque is located at Ban Talomano, Tambon Lubosawo, 25 kms. north of Narathiwat or 4 kms. from Amphoe Bacho on Highway No. 42. As the sign outside it says, it was build in 1624 by Wan Husein, a pioneer of Due Lok Mano Village and an islamic teacher at Sano Village. The whole wood building is a combination of Javanese and local styles of art before the Arab influence. 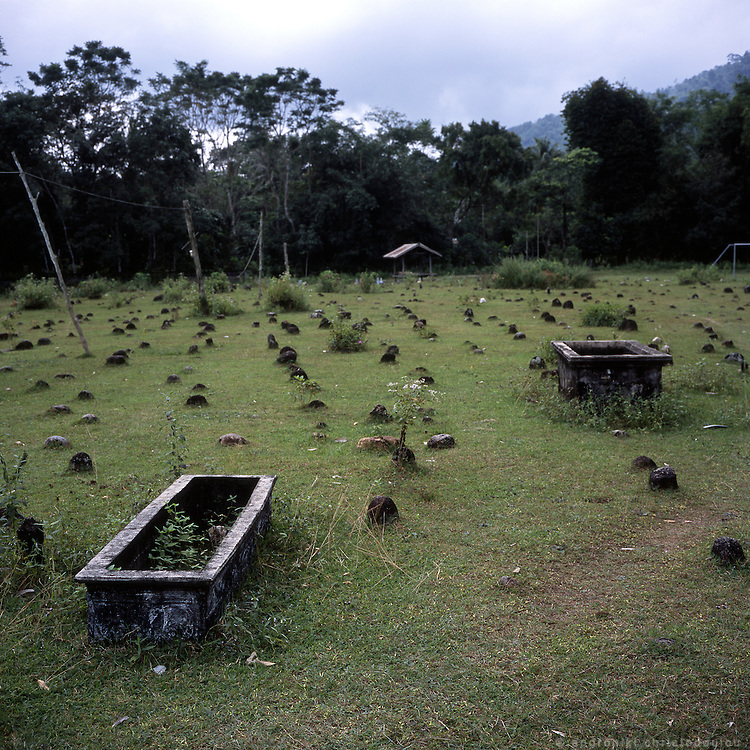