Man who was blinded during the fighting between the Karen liberation army that he was fighting with and the Burmese army troups, in the kitchen of the disabled people's home inside Mae La. Burmese refugee camp "Mae La" is north of border-town Mae Sot and lies along the Thai-Burmese border on the side of Thailand. Approximately 50,000 people live there. 38,167 was the official number of registered people in November 2009, according to the Thailand Burma Border Consortium (TBBC), and the rest are unregistered or people who come and go. 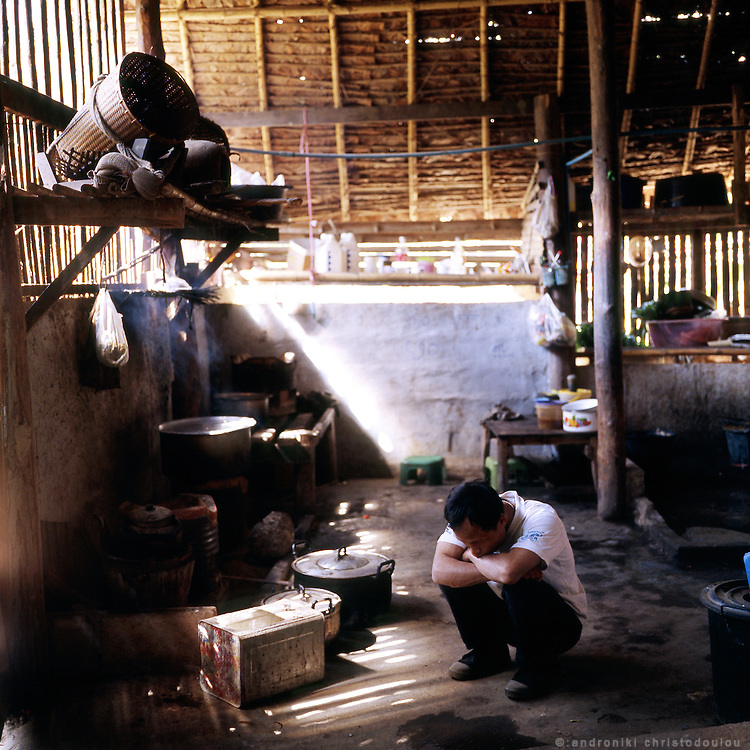