Fade showing the route his boat followed from Turkey to Mytilene on his smart-phone. He had studied the route and used apps to calculate the distance and to know the weather. He and his family had bought quality life-jackets with lights that could blink in case of an accident instead of using the usual cheap life-jackets that the smugglers provide to the refugees. When the time to board the dinghy boat came and he found out that anyone found be the driver, he decided to take the task so that he can make sure his family would be safe. He was well prepared and he even had 2 Greek sim cards which he had asked a friend to send him from Greece. He eventually managed to cross the 22km in sea in one hour and land somewhere near Mytilene city, when other boats often lost their way and drifted for 20 hours before they could land.

Refugees at the camp called PIKPA outside Mytilene city, that is one of the best organised. It is run but a group of volunteers under the name “The Village of Everyone Together”. People there are both from Syria and Afghanistan. 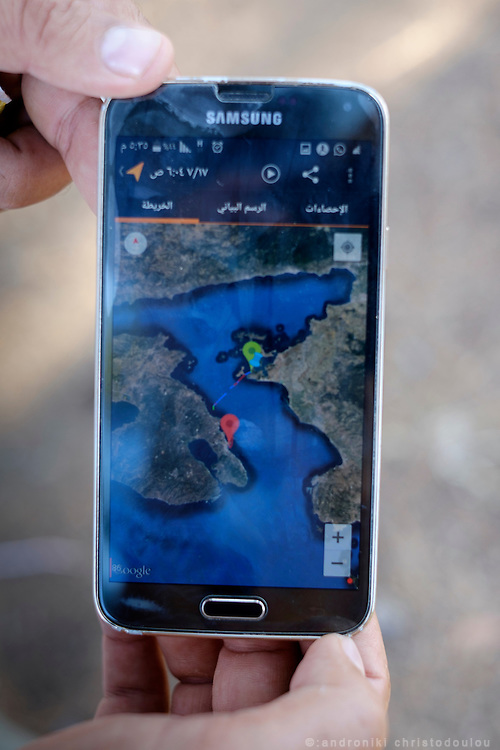