MICHIKO YAMAOKA: Hiroshima A-Bomb survivor, standing in front of a reproduction of a bombed building, inside the Peace Memorial Museum. Yamaoka was 15 and also worked at the telephone exchange when the bomb fell as she was on her way to work. She was badly injured and would have died under a wall that collapsed on her, if her mother had not come to her rescue. Her face was so badly disfigured by the injuries she wanted to die but her mother helped her regain the will to live. Later she went to the US and had 27 operations on her damaged face and body. " I can't believe the world is still trying to develop nuclear weapons", she says. "I wish they could all see me". 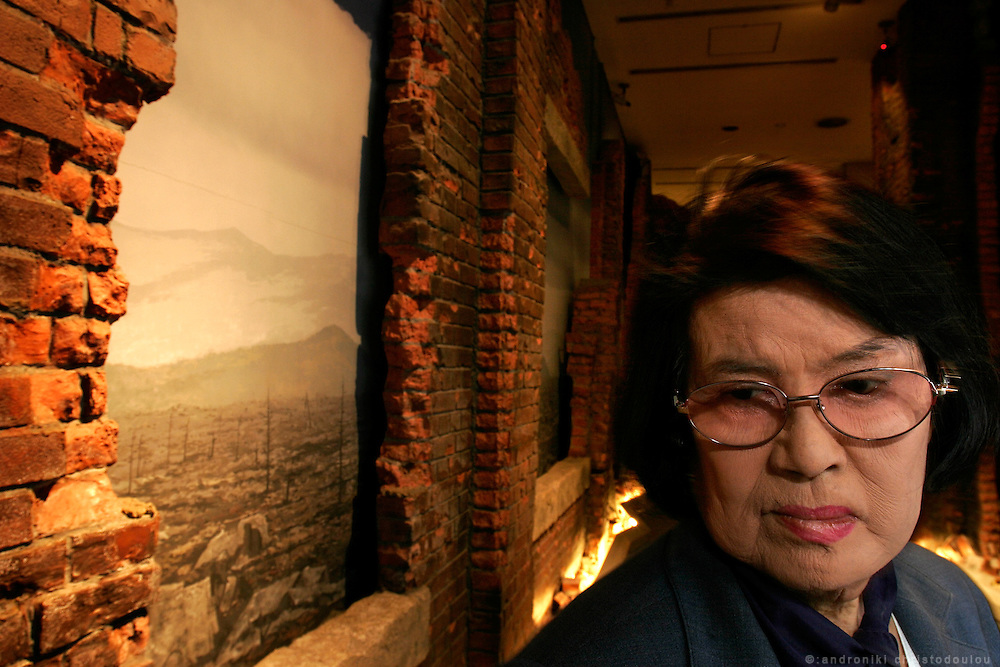