SUZUKO NUMATA: Pictured in hospital, where she is being treated for osteoporosis. Numata was 20 and engaged to be married when the bomb fell and shattered her left leg. Three days later it began to fester and was amputated below the knee, without anesthetic. She later learned that her fiancé had been killed. She never married and spent her life teaching and unable to talk about what happened until she retired twenty years ago. "We used to chant during the war: Be united in one mind like a fireball, 100 million people. Then when the bomb fell the trucks came around and ignored women and children, and just helped the healthy men. That's when I first understood what war was." 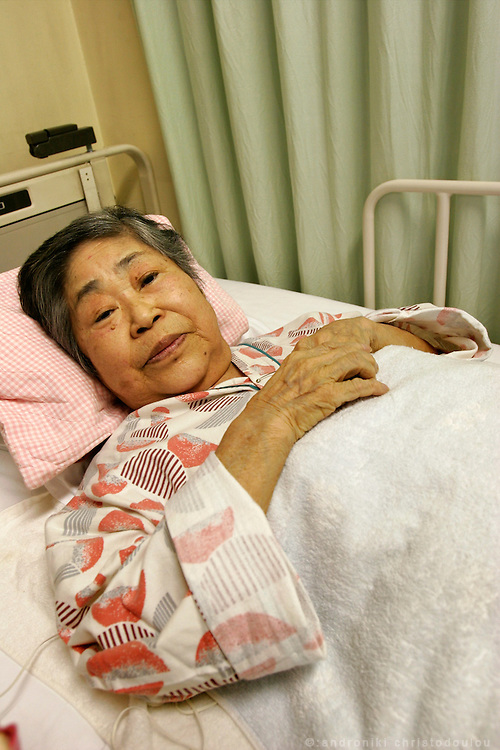