Brothers Riza (21 on the right) and Aftab (19 on the left) Wahdat are from Pol-e-Khomri city in Bahlan province of Afghanistan. They were still at school when they started their journey 3 months ago. They left because of the war between the Taliban and the Daish. They travelled via Pakistan, Iran and Turkey before arriving at Mytilene island. They said that they had to walk all this way and survive on biscuits because Afghani people don’t have money.
Refugees arriving on beaches near Molyvos village in Lesvos island. Thousands of them come from Turkey, crossing the sea border on inflatable dinghy boats, on a dangerous trip that has claimed many lives. Local people or NGOs expect them and help them in some places but after their arrival, most of them have to walk to the nearest village where they can hope for a places on busses that can take them to the city of Mytilene where they can register and eventually board on a ferry to Athens. Many decide to walk the distance as the busses aren’t enough to accommodate the large number of people that arrive daily. 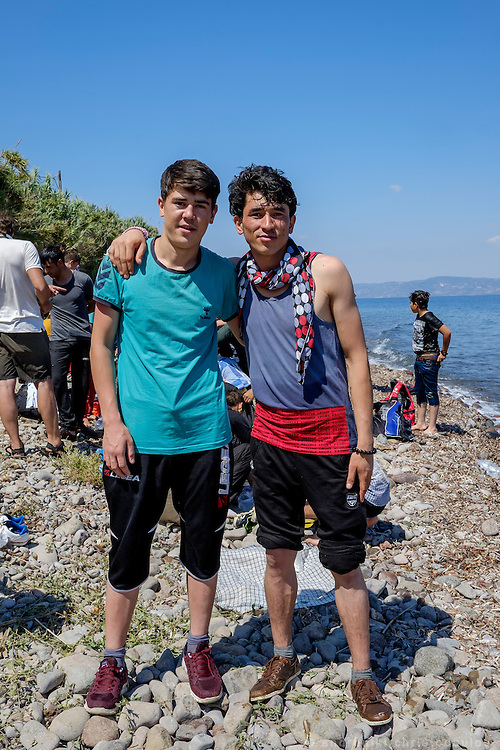