The house of one of the greatest masters of Chen style Tai Chi Quan, Chen Chang Xing (1771-1853), the 14th generation standard bearer of the art, has been transformed to a museum. There the statues of Chen Chang Xing and Yang Lu Chan tell an old story. "Taiji Quan (Tai Chi Chuan), or the system of taiji martial arts, has its origins in the Village, dating to Chen Wan Ting (1600-1680), a patriarch caught at the turn of the dynastic change in the 17th century. In the old days, the art was well guarded and not taught outside the Village, nor to anyone who was not of the Chen stock from the Village. In the early 1800's, a Chen Village native, Chen Dehu who owned the Taihetang Drugstore in Yongnian, returned home with his family to retire. A young man, Yang Lu Chan (1799-1872), who was working for the family, was brought along as he was well-liked. There are many versions of how this young man, an outsider, managed to break through the clan barrier to learn the art, and become a disciple of Chen Chang Xing (1771-1853), the 14th generation standard bearer of the art. Whichever the case, Yang proved to be of exceptional talents. He mastered the art and took it outside the village. Chenjiagou 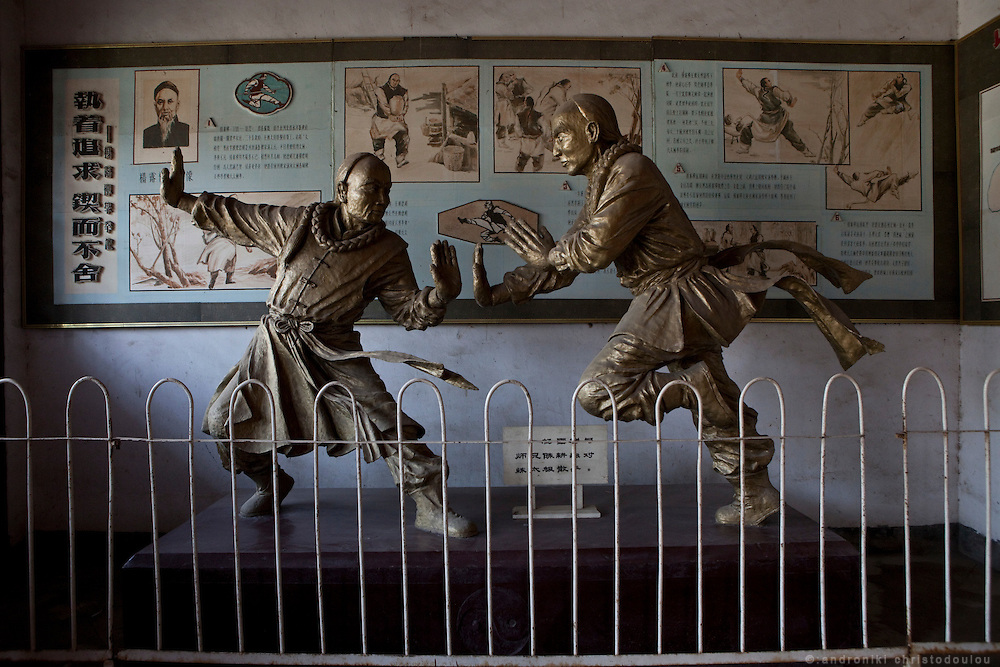