MICHIKO YAMAOKA Hiroshima A-Bomb survivor, in front of her mother's picture inside her appartment. She was 15 years old and a third-year student at a girl's middle school. She was working as a mobilized student at the Hiroshima Central Telephone Office and at the time of the bombing she was on her way to work. She was badly injured and would have died under a wall that collapsed on her, if her mother wouldn't have come to her rescue. Her face was disfigured by the injuries and by keloids that grew on it. Her condition made her want to die but her mother's support helped her regain the will for life. Later she went to the US and had 27 surgical operations on her keloids. She is one of the survivors who tell their stories in the Hiroshima Peace Memorial Museum and she has been even traveling overseas to tell her story. 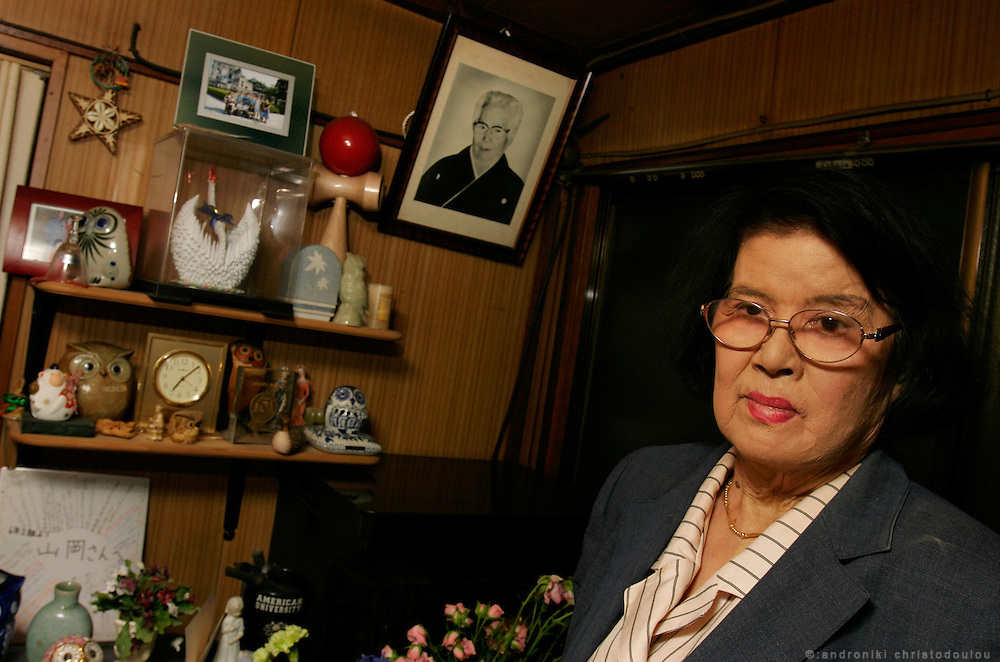