Muhammad (14, on the left) and Muhammad (18, on the right) are refugees from Syria. They met in Izmir and decided to continue travelling together. They both left their families behind because there wasn’t enough money for everyone to travel. The youngest one comes from Aleppo and his family has a small mini market. His parents are originally from Palestine and they went to Syria as refugees. Muhammad is now a second generation refugee, this time from Syria to Europe. He has been travelling for a month before he reached Thessaloniki. The older Muhammad is from Edlib and his family has a real estate business. He has been travelling for one month and twenty days.
They both keep in touch with their families via social media apps and email.
They arrived to Thessaloniki in the night and they spent the night sleeping at the bus station so that in the morning they could board the bus to Eidomeni border.
Refugees often arrive to Thessaloniki by train and then they go to the intercity bus station to board on the bus to Eidomeni border where they can cross to the Republic of Macedonia on foot. 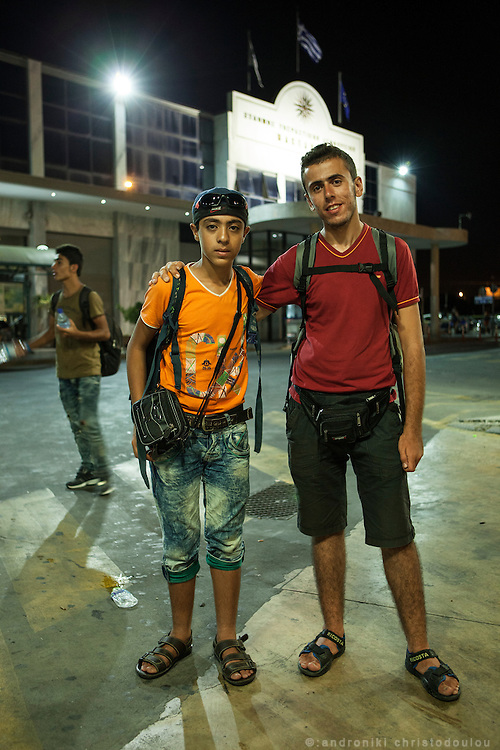