Tarik Aljadoue (34) and his wife Samar Jamal (27) at the space that NGO Aggalia has organised as a temporary stop for refugees in Kaloni village, as they are on their way to Mytilene city. A local person drove them there the night before. The couple is from Alepo in Syria where Tarik was working as an IT engineer for a French owned oil company until they closed down their business there in 2011. Since 2011 he moved to Kafarhamra north of Alepo, as his house in Alepo was in a dangerous area. He got married to Samar one year ago and they were waiting to see what will happen to their country. 6 months ago internet was cut so it was difficult to learn any news of what was really happening. Local TV was only broadcasting propaganda from different armies. On Friday one week ago, they decided to find a safe country to have their children and leave Syria where they saw no work and no future as they could not see the end of this war. They want to try to reach Germany or any other European country where they can find work.
Their trip started from Alepo to Tartus by bus, then on an other bus to a port from where they boarded a ship for one and a half day to Toshojo port (Tasucu port?) in Turkey near Mersin. From there they took a bus for 13 hours to Izmir but before they arrive they heard that there were police checks in Izmir and as soon as they arrived, they boarded an other bus for 9 hour to Istanbul. There they stayed for two days until the smugglers told them that they could start their trip to Greece. They payed 1250 USD each and after two days, at 8 am, they met the smugglers at a metro station, they boarded a bus with 60 people and no AC and they traveled to a location near Izmir. The trip lasted for 7 hours and it was unbearably hot. When they got off the bus somewhere near the sea, they were told to switch off their mobile phones and walk for one hour until they reached the sea. There there were three dinghy boats with engines and 33 to 40 people would board on each 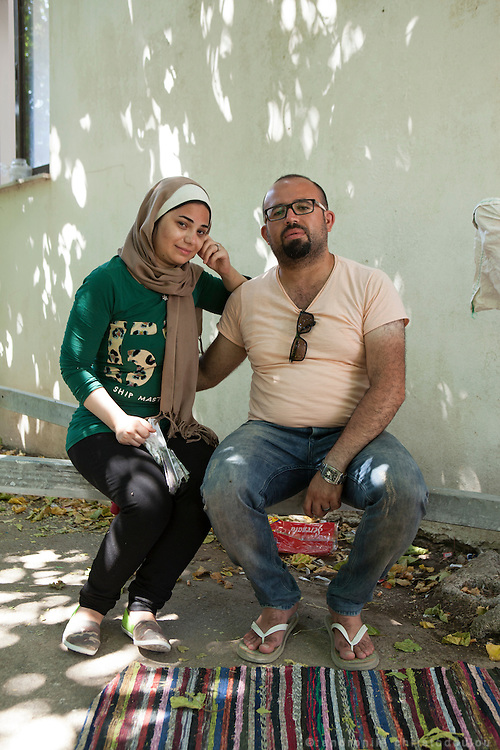