Oddi (24) is from Darra city in Syria. He is traveling together with his wife who is pregnant, his mother and one more member of his family. His house was destroyed in the war. He and his family will be travelling to Germany where his two brothers live. He used to study to become a car mechanic and he wants to continue his studies in Germany.
Refugees at the camp called PIKPA outside Mytilene city, that is one of the best organised. It is run but a group of volunteers under the name “The Village of Everyone Together”. People there are both from Syria and Afghanistan. 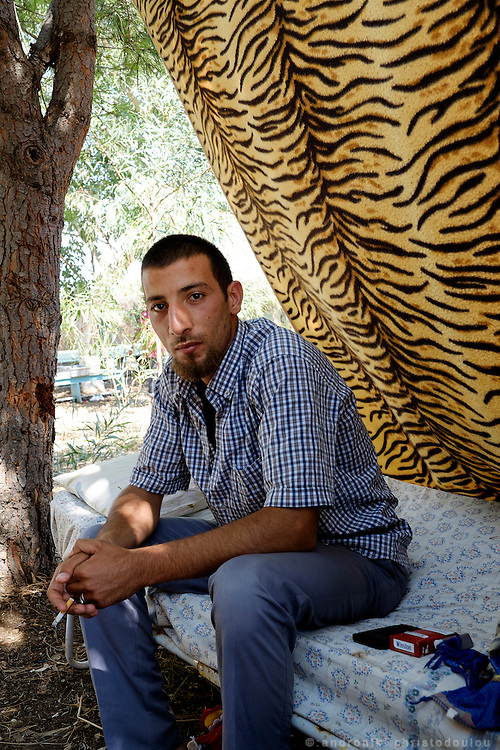