Ms HIROKO KATAKEYAMA. Hiroshima A-Bomb survivor. Elementary school student who was four kilometers from the epicenter. She lost many of her relatives in the bombing, including her cousin who was the same age. We felt worn our and usually retreated to the barn, away from the quarreling adults. One day my cousin confessed that his hair had started falling out. I still vividly remember his blank face, frightened at this sign of death. She still cries when she tells this story and is one of the few survivors who confesses to hating America. When she was invited by the UN to speak in New York two years ago, she almost didn't go. "I couldn't bear the thought of going to the US". COPY: Old photo with her mother and her little brother who was kiled from the A-bombing of Hiroshima. 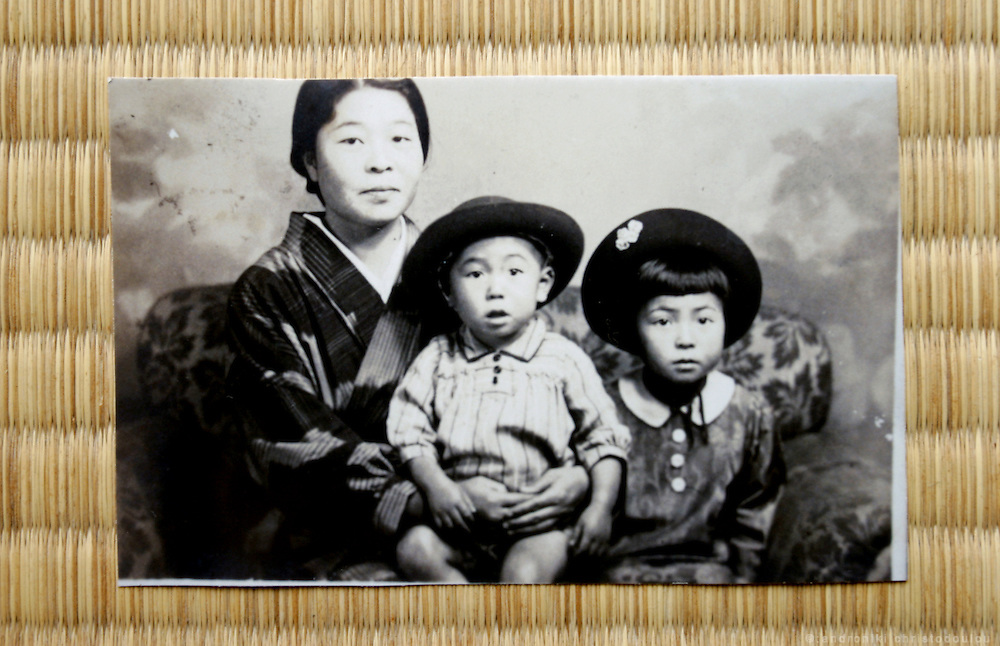