Hiroshima Peace Memorial Park. Paper cranes, left as peace offerings on the Memorial tower monument to the mobilized students who died in the bombing. The paper cranes became a symbol of riece because of Sadako Sasaki. She died in 1955 at the age of 12 by lefkemia. When she was diagnosed with the disease she thought that by following the Japanese tradition of folding a 1000 paper cranes to be cured, she could win over her illness. 8 months later when she died, she had already folded 1300 paper cranes, on any kind of paper she could find. 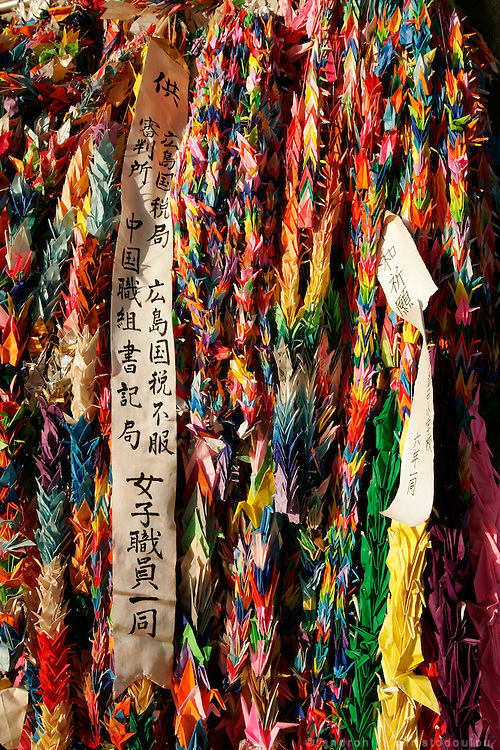