Fade is from Nabk city in Syria. He is travelling together with his sister, his wife and their two children. He used to work as an engineer for mobile phone antennas and they were wealthy with 3 houses and two cars. He saw a lot of injustice in his city with people who complained being arrested and 1/3 of the city flattened during 4 years of war. Together with many volunteers, he used to cook and offer food to about 15000 people in his city. Eventually he decided to leave Syria with his family. He brought with him as much money as he could but most of the money in his account was blocked by the Syrian government. They traveled for about 3,5 years via Lebanon, Jordan and Turkey till one and a half month ago when they arrived in Mytilene island. They occupy a small house at the camp which he organised almost as a permanent residence by creating a watering system and by planting vegetables and fruit. He believes that it is important to create a place where the “brother” who will move in after he and his family leaves can also live comfortably. He is one of the very few people who are considering to stay in Greece because he likes the people. He believes that a person with skills can survive anywhere. He will try to do this in Crete island where he has friends. He hopes to return to Syria after the war ends.
Refugees at the camp called PIKPA outside Mytilene city, that is one of the best organised. It is run but a group of volunteers under the name “The Village of Everyone Together”. People there are both from Syria and Afghanistan. 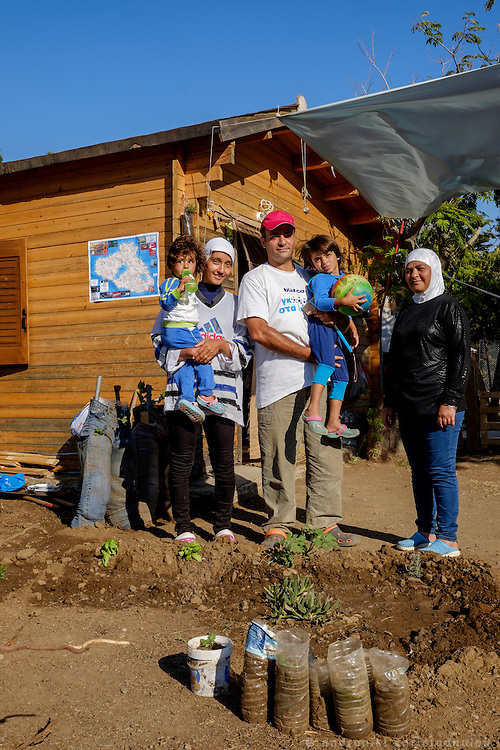